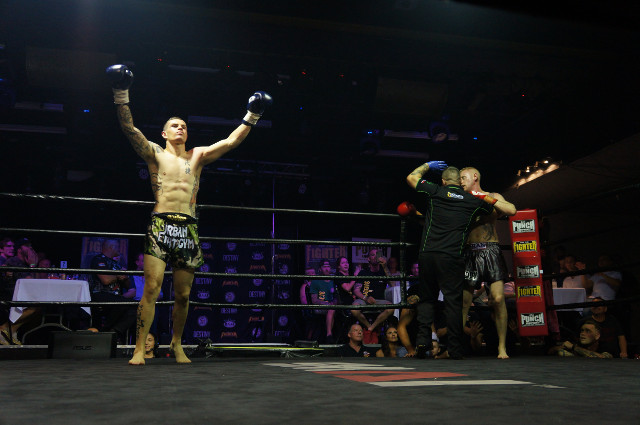 On October 27th, we had 3 of our Urban Fighters featured on the Destiny Muay Thai show in Brisbane. It was a full house on one of Queensland’s biggest shows, and it was a great night of fights.

Whitney took on a strong girl with twice as many fights’ experience to get the win on points with strong knees in the clinch.

Matt lost on points but fought great; he took the fight on only 7 days notice fighting up in a heavier weight class and fought one of his best fights to date.

Nick took on an undefeated and very strong opponent, but that didn’t bother him finishing the fight in the first round via TKO with some brutal punches.

Thanks to the huge urban crew who came along and showed your support. It meant alot to our fighters.