Everyone who fought on the night looked capable and comfortable in the ring, it didn’t look at all like it was their first time in the ring. – Blair Chave, Christmas Club Championship Miami

This year’s Christmas parties were an exciting mix of Muaythai, partying, team bonding, and fun for the Urban Army at Tweed and Miami.

Urban Tweed started the day off right with an intensive Muaythai Seminar featuring Thai World Champion, Watcharachai. With extensive fight experience and an impressive list of titles, it was really exciting to learn from one of the best in the business.

Then, after the seminar, the team gathered at Coolangatta Park for some drinks, food, and good banter. Urban Tweed is only a year old, but has become a solid community in that time. Check out some of the photos from the day!

Then, on the 21st at Miami, we brought back our Christmas Club Championship! We had 8 fighters battle it out in two separate weight divisions; Under 70kg and 70kg Plus. 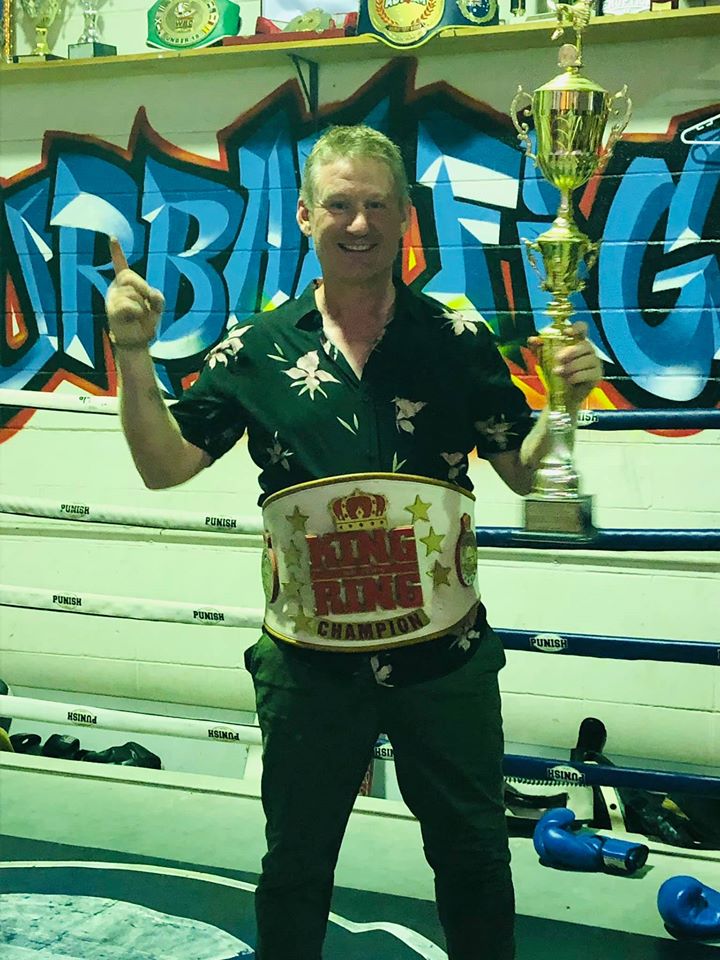 The matches were decided by names drawn from a hat, with a single elimination tournament format. They fought 2 x 2 minute rounds, refereed by our very own Blair, and scored by Iggy McGowan. 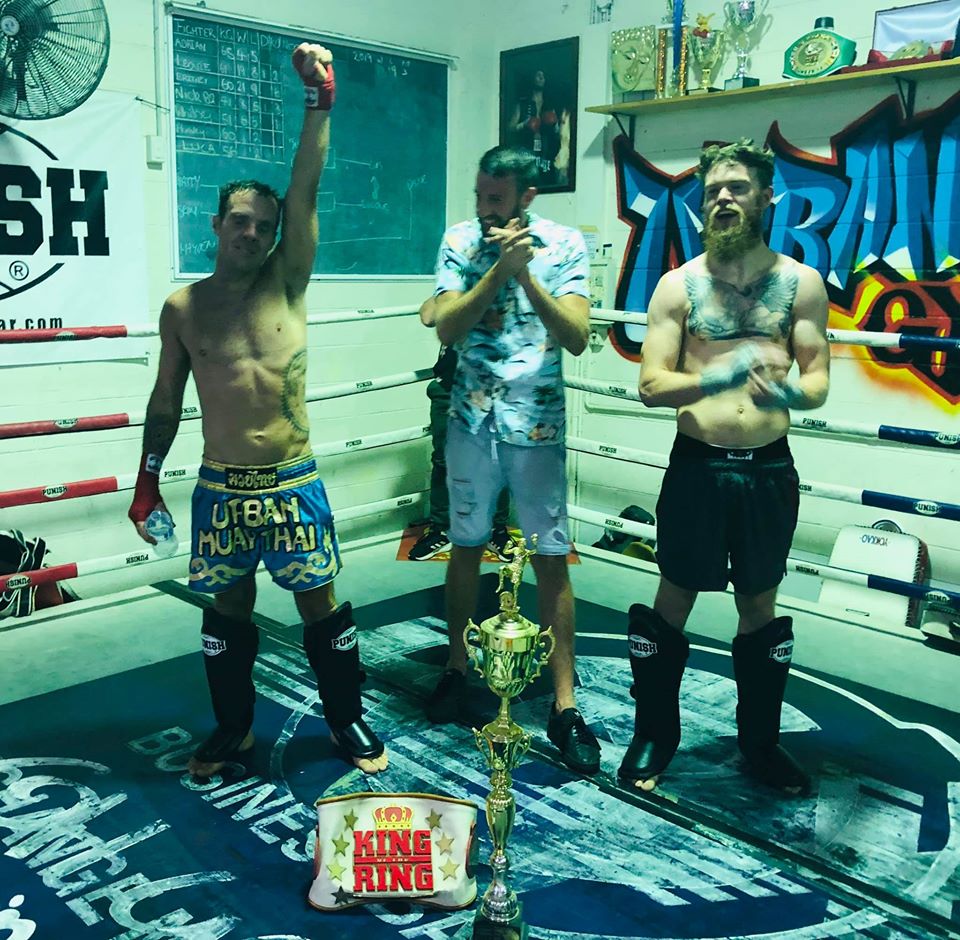 In the Under 70kg, the hat determined that Srini would verse Matty, and Hayden secured a pass into the final. Srini had a very strong fight, decidedly winning both rounds to knock Matty out of the tournament and Hayden stepped up to challenge him for the final. Both boys fought well with good clean techniques, and strong composure for both rounds. In the end Srini came out ahead on points to take the Under 70kg title.

Then we had 5 guys entered in the 70+ Division – the hat determined that Jeremy would first face Luis – both boys are brand new to fighting, but both showed good composure again with Luis beating Jeremy on points with some solid boxing.

In the second bracket Eugene would face Dallas. Now we’ve all seen these two boys spar each other in the gym so we knew it was going to be an exciting fight… despite getting a blood nose from a clean punch from Dallas, Eugene came out on top with some great combinations and good technique. 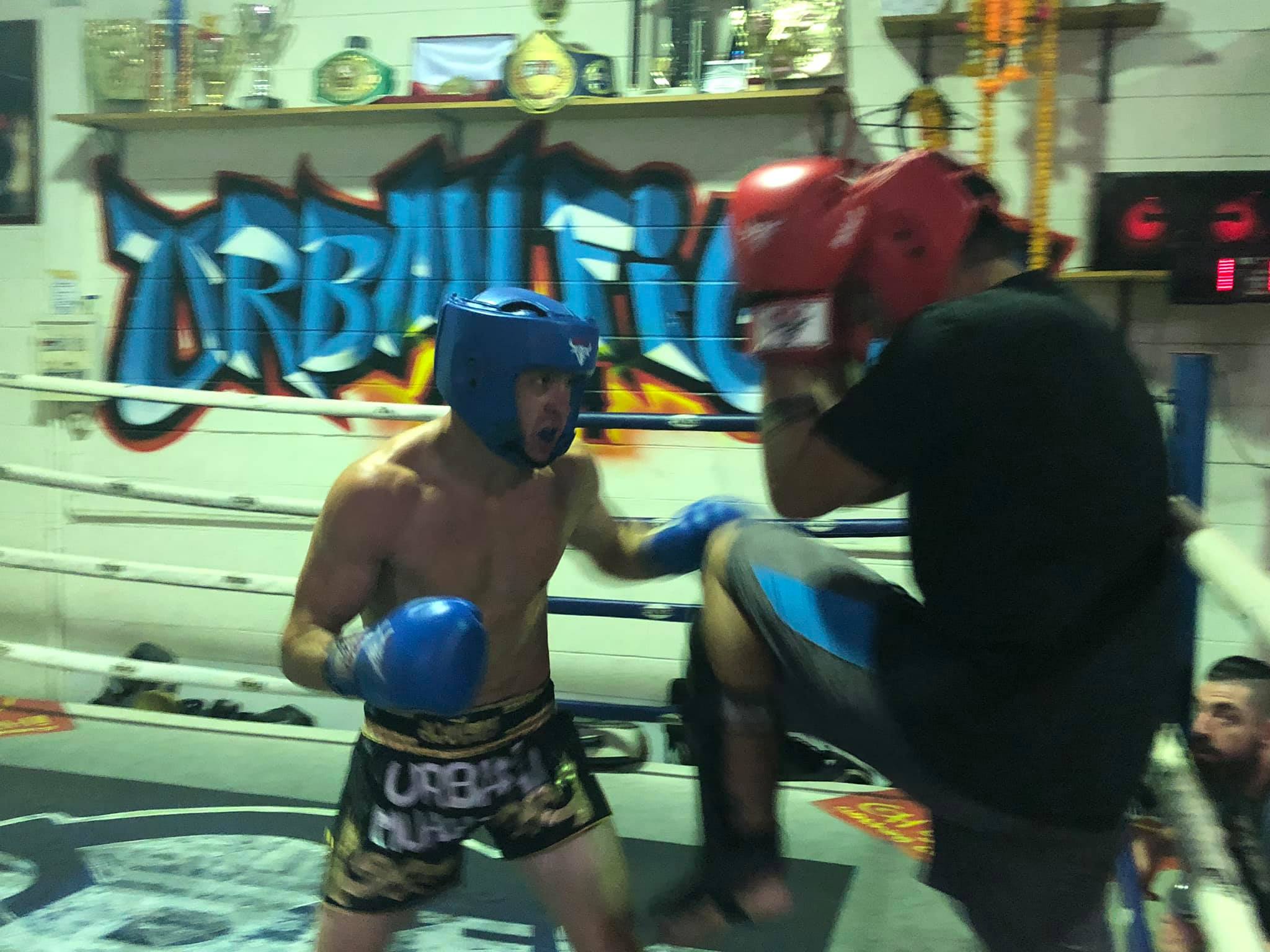 So Eugene and Luis now had both made it through to the second round… While Dane watched on to see who he would face, both Luis and Eugene showed impressive form for their second bout each. The fight was close, but Luis ended up taking the decision at the end. Now two fights down, he had a big challenge ahead of him in Dane.

With a few rounds already under his belt, Luis was warmed up and came out strong in the first round, keeping Dane on the back foot. But, Dane got more comfortable as the fight went on and Luis’s cardio started to fade after 5 hard rounds. He was able to catch a lot of Danes kicks, but Dane was able to step it up a notch in the second round to win by points decision.

All up, it was a great night of fights, beer, food and a very cool DJ Set from fellow Urban member, Cash. Check out these photos from the night!

Thanks to everyone for a wonderful year at Urban, we wish you all the best for the New Year.