It was a whirlwind turnaround for Richie and a tough battle for each of our fighters; we couldn’t be more proud of how well the team represented Urban Muaythai at Futures in WA”

To end the month on a bang, Blair, Britney and Nick flew over to Mandurah, WA to fight on Futures Fight Series, Saturday the 31st of August. We were missing one key part of the team, but he wasn’t far behind… Richie touched down on Aussie soil after a 10 hour, 2-plane journey home from Thailand, straight onto another 2 flights across the country to join the team in WA. 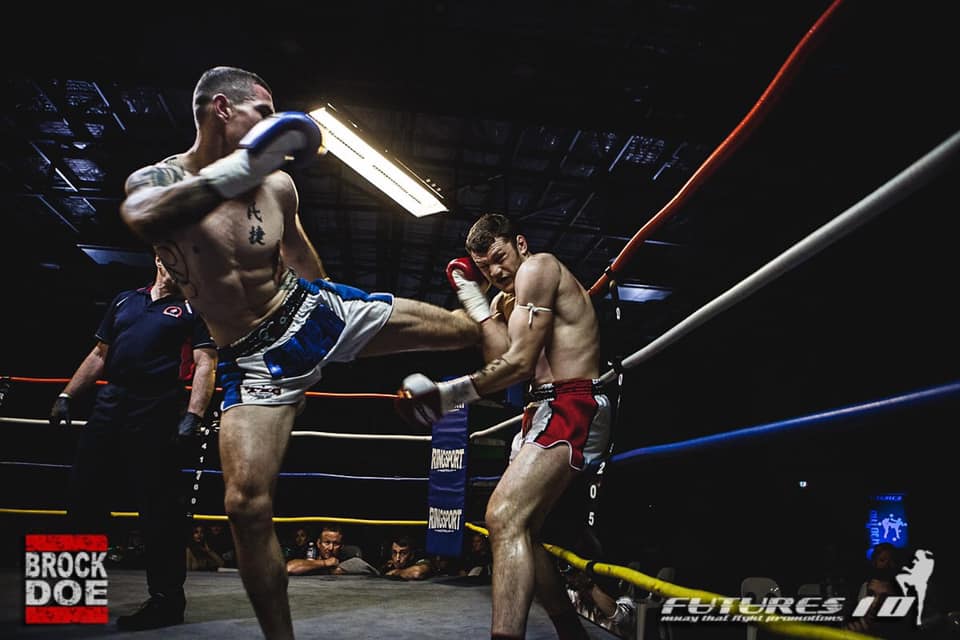 Finally, with everyone all together, Nick and Brit geared up to fight 2 epic battles against some tough Aussie fighters.

Nick was up first, coming out strong with heavy hands as usual, but his opponent had an intelligent game plan, attacking with ruthless leg kicks throughout the fight.

Nick fought strong, but by the third round, after switching stances to protect his front leg, his legs just couldn’t hold him. It was a beautiful display of strategic striking versus the will to persevere that is the core of the Art of Muaythai. 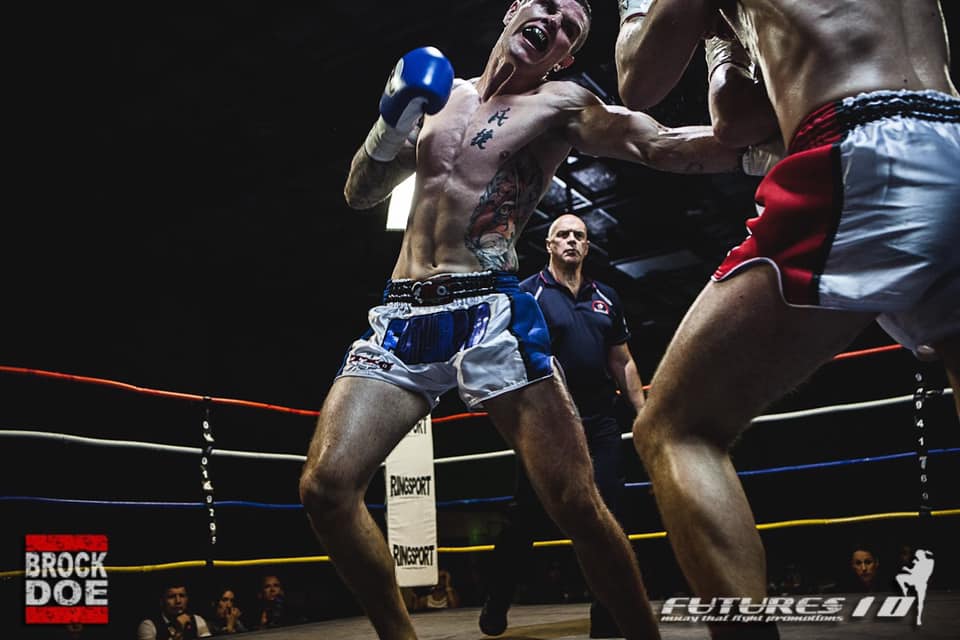 Britney was up next, fighting for a WMC Australian Title against the current Champion, Victoria O’Sullivan. It was an epic 5 x 3 minute-round battle; both girls showing incredible composure and technical striking. 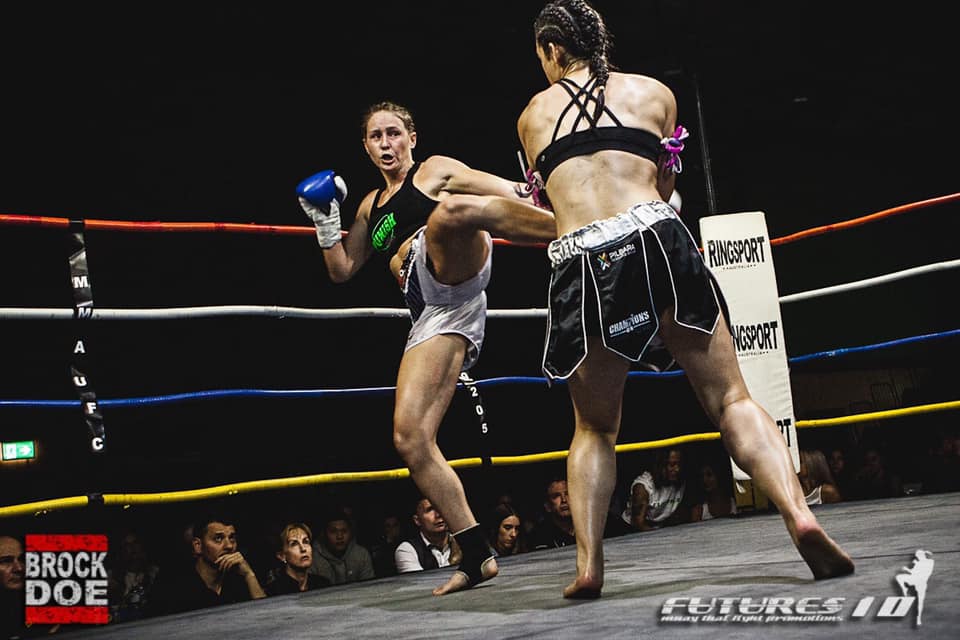 The fight came to a decision at the end of 5 rounds, and Brit just didn’t quite do enough to secure the win.

This is Britney’s second fight in the seniors division at only 19 years-old, the first being a fight against the current IFMA World Champion in Bankok in July.

She has had an impressive start to her adult career, fighting the absolute best in her division and we are so excited to see what her future holds. 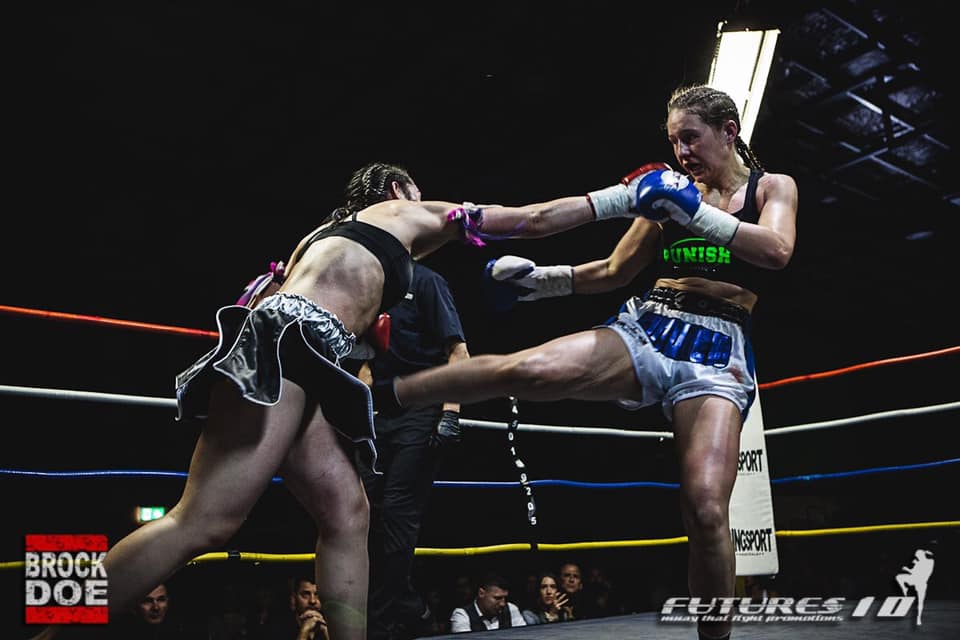 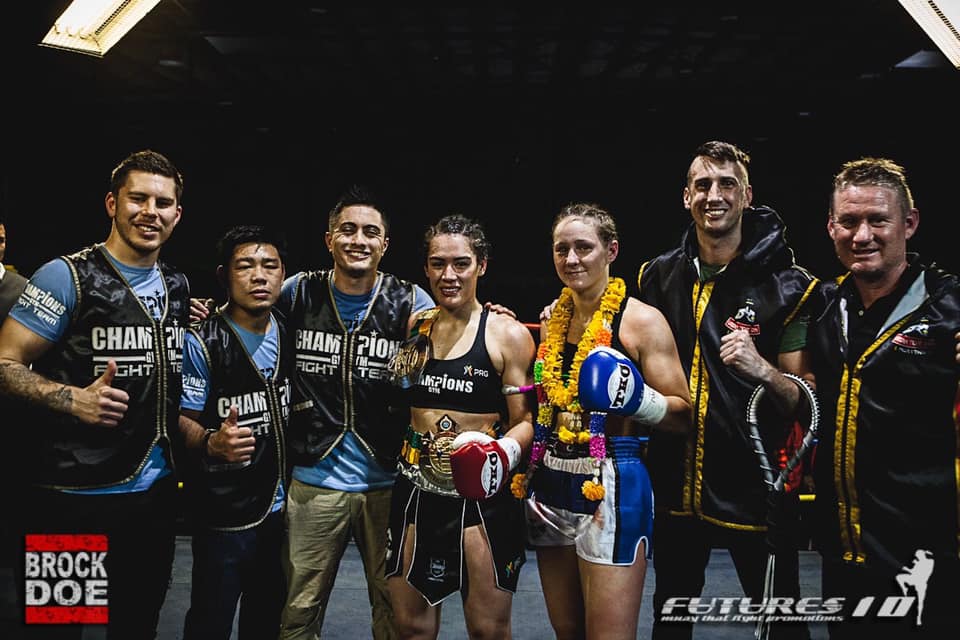