The grading singlet honours the work that you’ve done to get to that level. The idea of grading originated in martial arts with belts that you trained in, but never washed; the more you trained, the dirtier it got and so it changed from white to black.

October was a huge month of Gradings, Urban members of all levels showcased their skills throughout the month to level up to that next singlet. 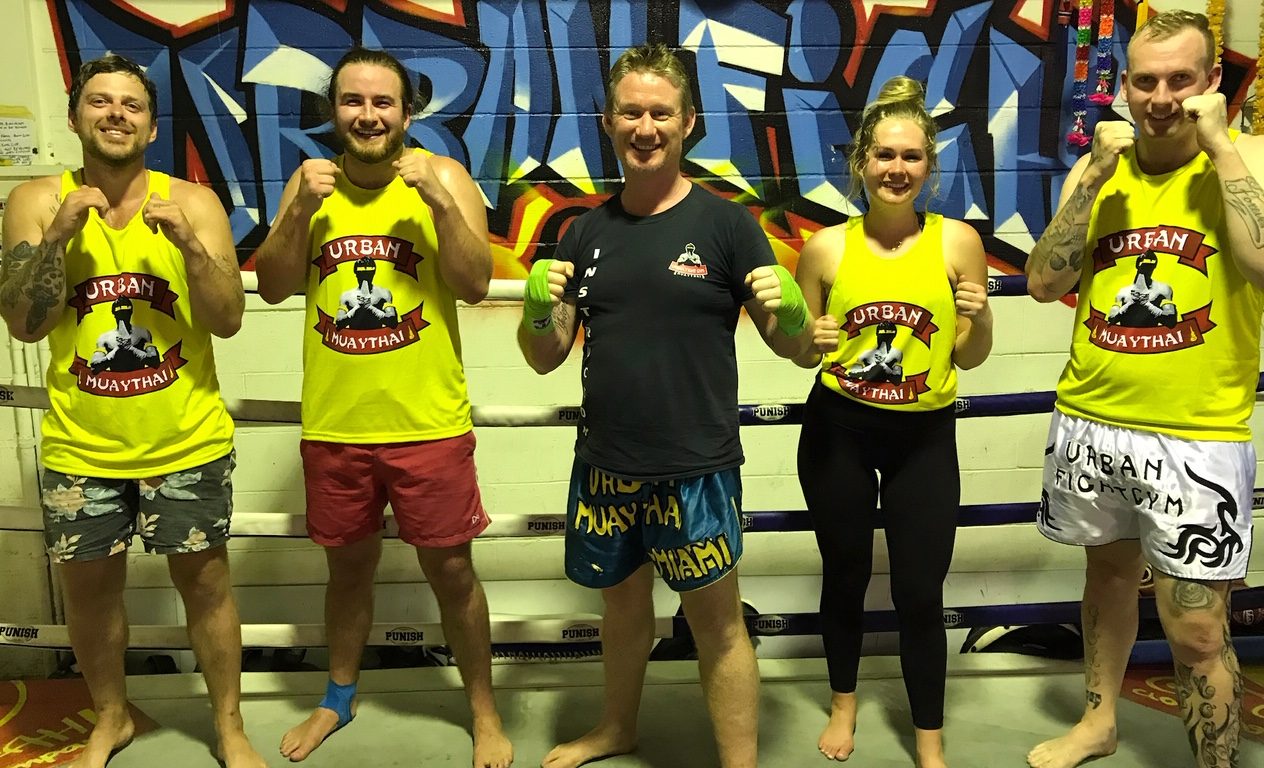 On the 2nd of October we had four students grade from White to Yellow during the 7pm Muaythai Class at Miami. The yellow singlet grading is an hour and a half of muaythai, where the students display their knowledge of all basic strikes through shadowboxing, bagwork, pad work and padholding. 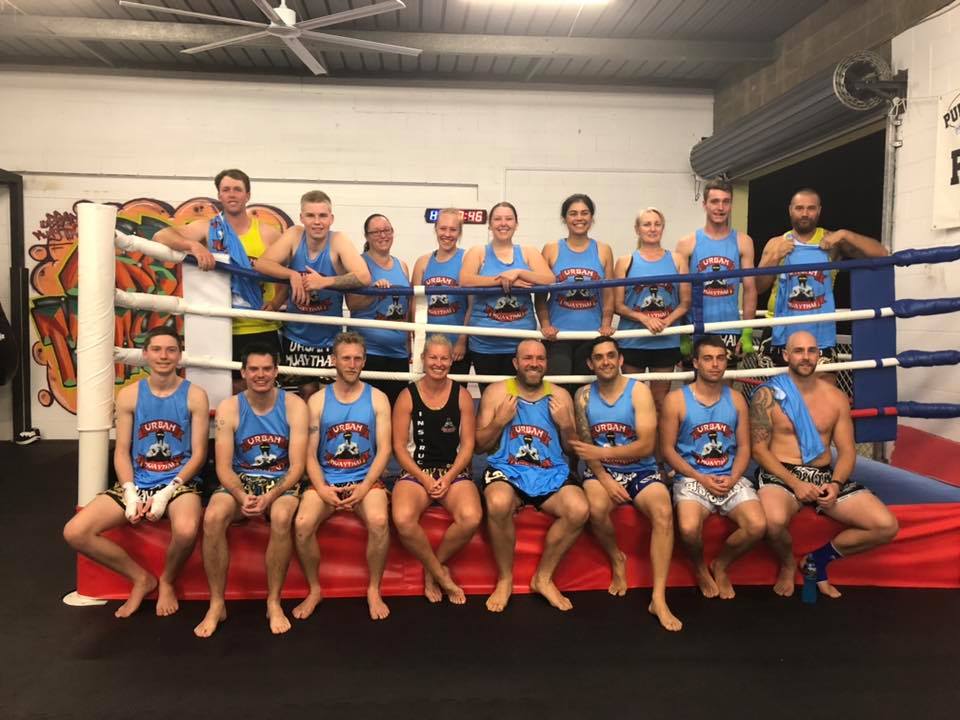 Then the very same week we had a huge Blue singlet grading at Tweed where 16 students graded from Yellow to Blue to become the first ever Blue Singlets at the Tweed Gym! Leonie was very impressed with the skill level and effort put in by the entire crew, making a significant improvement from their yellow singlet gradings.

We also had 2 Kids gradings at Miami; Five Teenagers got their Yellow Singlets, and 4 Cadets had to dig deep to get their Purple Singlets. 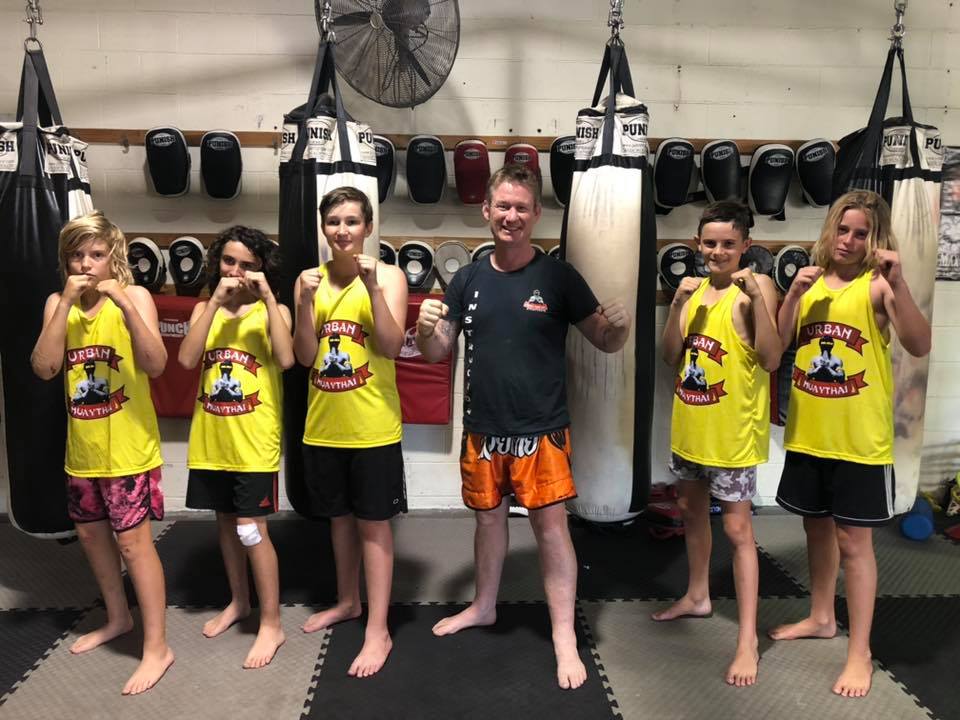 The purple is a major step up from the Green Singlet, showing that these four kids are true leaders now in their class. 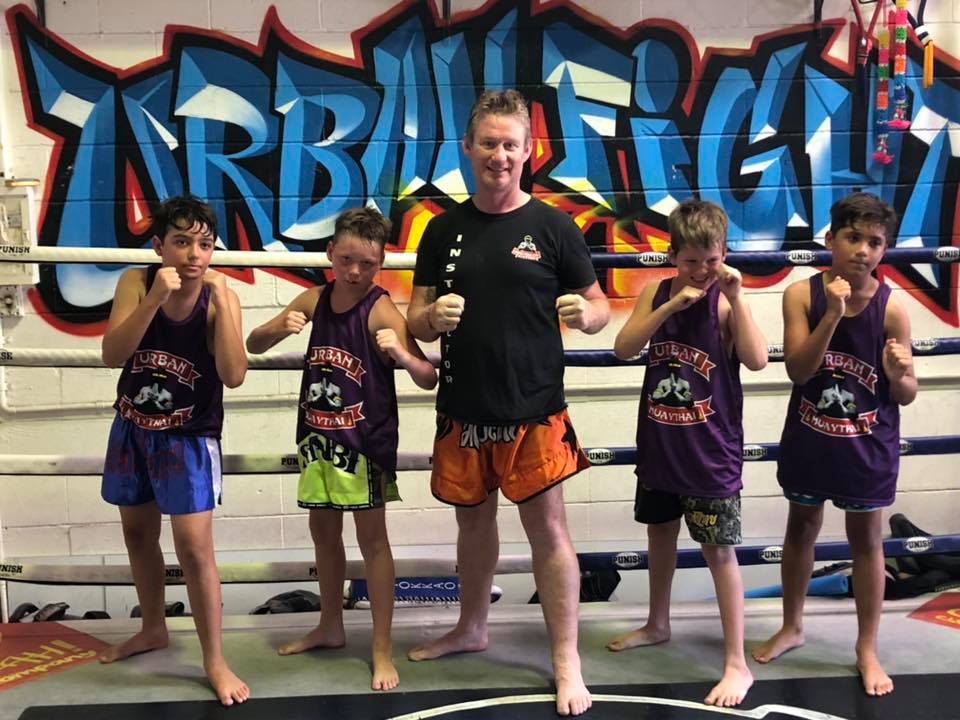 And lastly, we had a massive 3 hour grading at Miami for our top level students grading to Purple and Black. We had 10 students grading from Green to Purple, which is a gruelling 2.5 hours of high intensity, high level, Muaythai. 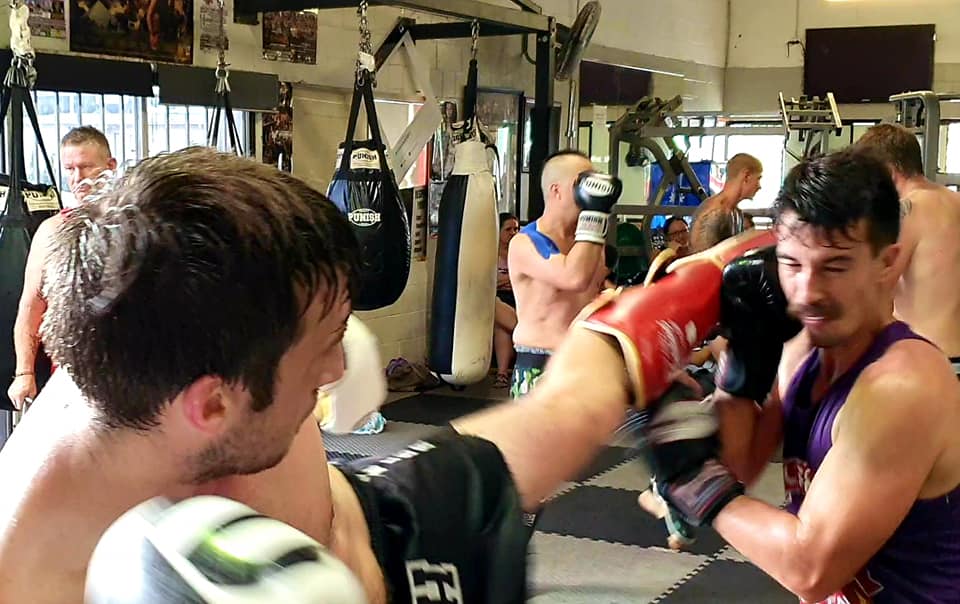 The grading includes skipping, shadow boxing, bag work, pad work, pad holding, dutch-style drills, sparring and clinching, all of which is required to be done at an advanced level with consistent effort, technique and control. The team worked incredibly hard together and everyone was successful in attaining their Purple singlet. 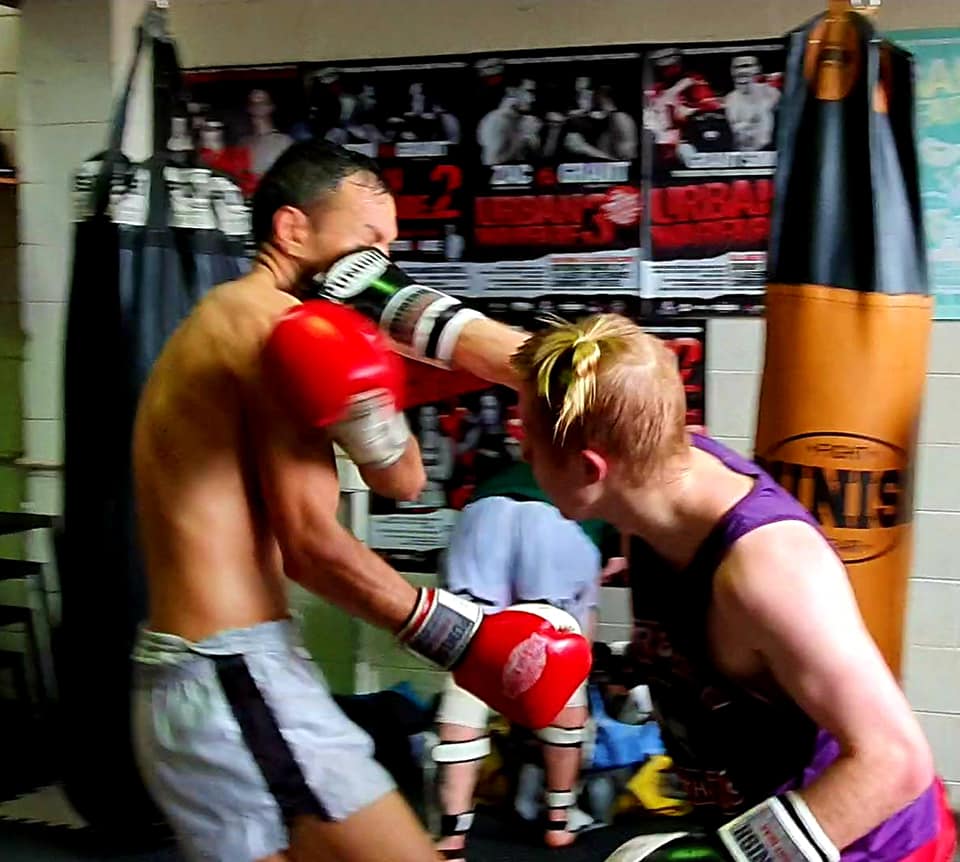 On the same day, we also had 5 students grading from Purple to Black. Until this grading, Urban Muaythai has only given out one Black singlet, and it is a major test of mental and physical strength to complete this grading. The students are required to test their knowledge of Muaythai through 20 gruelling rounds of sparring followed by 20 minutes straight of Clinching. In addition to the physical aspect, they must also demonstrate knowledge of the Thai language, and give a speech on how they have incorporated Muaythai into their lives and how they can help others through what they have learned.

Everyone did exceptionally well, showing pure heart and determination to earn their singlets. We also had amazing support from the #urbanarmy with the entire gym full of spectators cheering and encouraging the crew to push through this incredibly difficult grading.

Congratulations everyone for all your hard work so far, and we can’t wait to see you achieve that next level!