October was a busy month for our fight team with 7 fighters competing in 4 shows throughout the month.

We started off with a BANG on Siam Cup with 3 for 3 wins from Reilly, Luca and Josh. 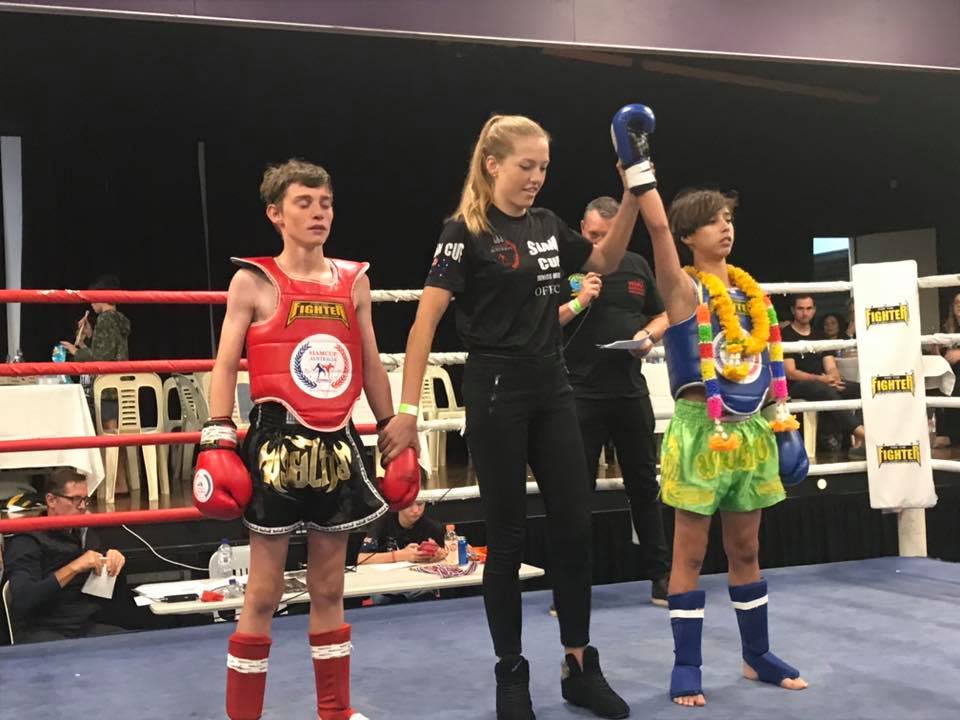 First up, Luca fought a technically beautiful fight, using excellent footwork and evasion to come away with a strong win. Next, Riley showed excellent composure and technique, really impressing Richie with a TKO stoppage win. 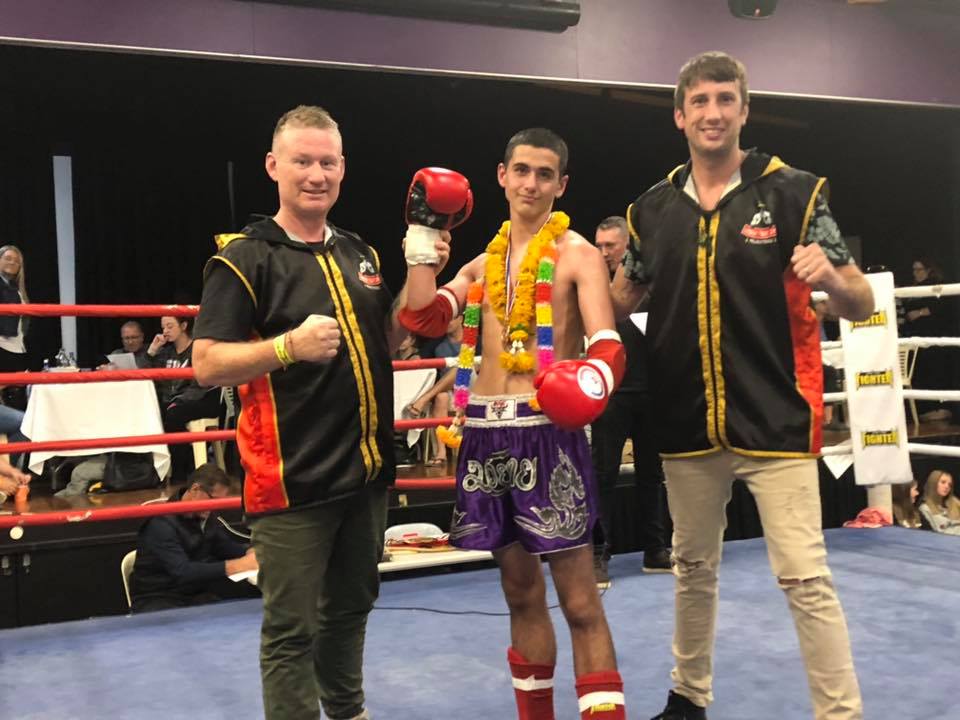 And lastly, for the main event of the day, Josh fought a very tough opponent for a Siam Cup Junior World Title. Josh fought hard showing excellent technique and intelligent striking, pushing through exhaustion to secure the win, (and to become a World Champion!) at the end of 5 hard rounds. 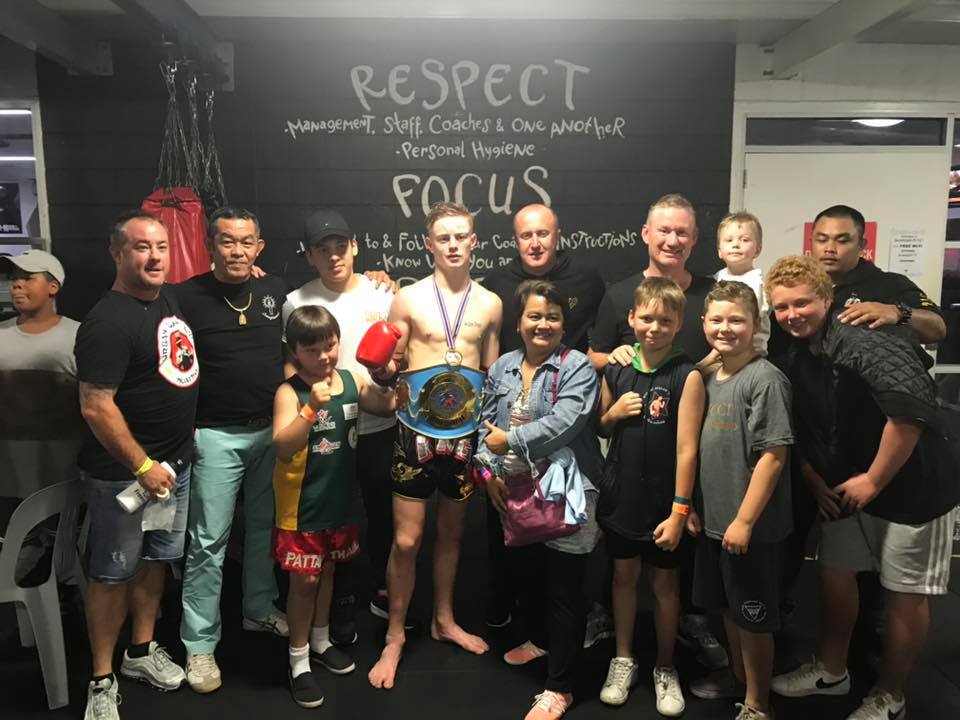 Then on the 19th of October, Jai, the first fighter to come out of our Tweed gym, fought on the Olden Gloves K1 Show in Caloundra. It was Jai’s first K1 rules fight, but he rose to the challenge very well.

He displayed great technique and good movement, but unfortunately wasn’t busy enough to secure the win at the end of 3 rounds. We are very proud of his effort, however, and can’t wait to see him back in the ring again soon.

Then on the Sunday, we also had 2 junior fighters, Brooke and Rocco, fighting at an MTQ Juniors Development day. These days are designed to give young athletes experience in the ring, whether it is a sparring match or a fight. Two other juniors, Noah and Reilly, both had sparring matches and Brooke and Rocco had matched fights. Our kids have been able to utilise these development days to really get comfortable in the ring, and it is great to watch them grow every time they step over the ropes.

And lastly, we had a very exciting show to close out the month; Whitney represented Urban on one of Queensland’s best promotions, Destiny Muaythai in Brisbane. 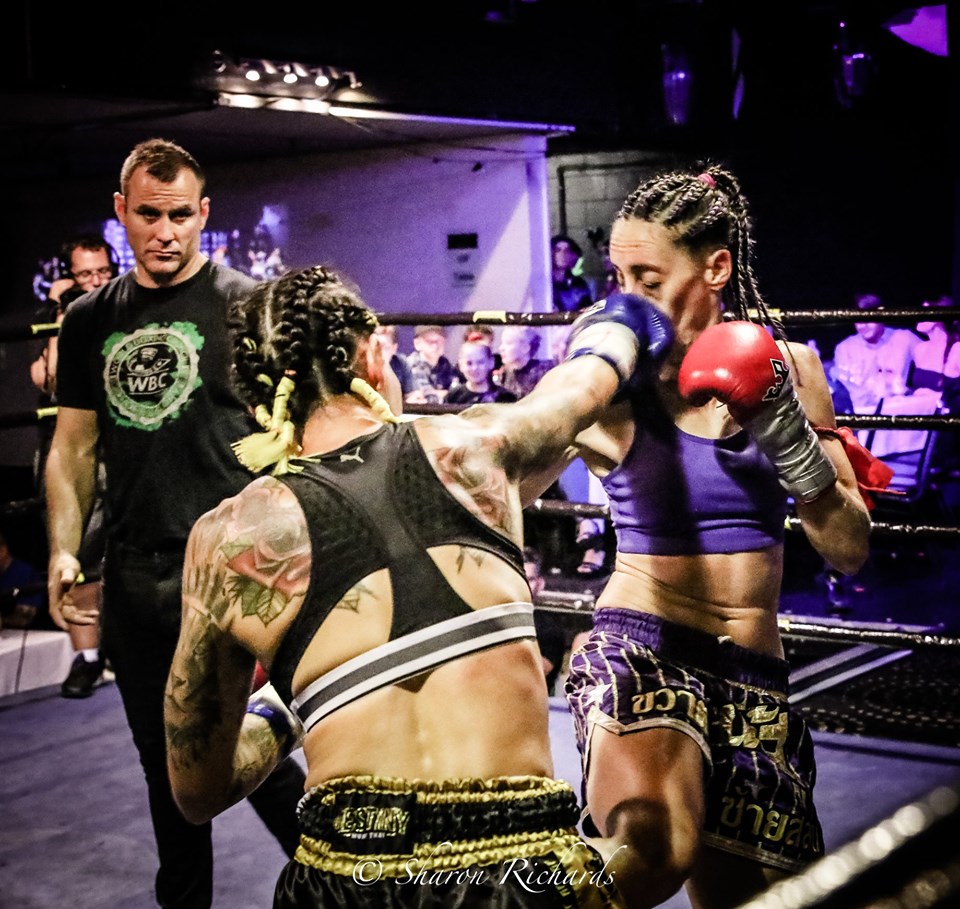 She trained incredibly hard for this fight, which was her 12th to date, but she felt like she wasn’t able to do as much as she wanted on the night. Blair said her boxing and knees were very strong as usual, putting consistent pressure on her opponent but, due to injury, the fight was stopped in the second round.

All up, we’re very proud of all our fighters for representing Urban and themselves with honour, respect, and courage through their fights this month, and we can’t wait to see what’s in store for them next!